I was born in Germany and grew up in southern Wisconsin. Today I live up in the northwestern corner of the state, in a log home on a lake with my wife Sue, a Yorkie and a Siamese. After a career in radio broadcasting, I went to work for the US Government and resumed the writing career I'd started in college.

I began martial arts training in 2001 and have earned black belts in the Korean art of taekwondo and also ryukudo kobujutsu, the study of Okinawan weaponry. I've also trained extensively in Russian Systema. It should be no surprise, then that my protagonist in The White Vixen is a highly-trained martial artist. She's also a linguist, which reflects my own interest in languages; I'm conversational in German and have also studied Italian, Russian and Spanish.

Thanks to my wife, who owns and operates Travel Leaders in Rice Lake, Wis., I've been able to travel widely with more adventures to come. Follow us on Sue's travel blog: www.travelleadersyournextjourney.blogspot.com. 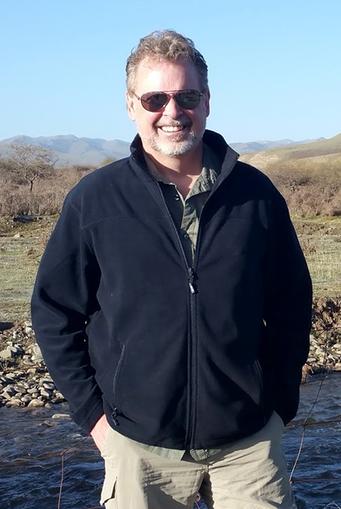