volleyball star. But when Emily becomes the target of the criminal enterprise that has already poisoned the county, Scott is forced to become "the man in the arena" his grandfather called on him to be.

Read The Man in the Arena - Chapter One

THE HEIGHTS OF VALOR

Jake Dawson grew up in northern Wisconsin with two passions: wrestling, and the Green Berets. His pursuit of the first got him a scholarship to the University of Wisconsin, where he became an All-American. But his pursuit of the second led him to leave school after two years to join the U.S. Army. His ultimate goal: become a Special Forces soldier like his grandfather Dennis, who was killed in action in Vietnam just months before the American withdrawal.
​    Early in his career, Jake receives a gift: the diary written by his ancestor Charles, who fought with the Rough Riders under Theodore Roosevelt in 1898. Nearly every Dawson man since then has answered his country’s call and their inspiring letters are in the diary. Now it’s Jake’s turn. But on his long trek to the Green Beret, with the weight of his family legacy growing, Jake’s valor on the battlefield can’t overcome the tragedies of comrades lost and the bitter taste of enemies escaping justice. Finally, with his goal of being a Special Forces combat leader in sight, Jake faces his greatest challenge yet, and he’ll need his Rough Rider ancestor’s help to meet it.   ​

Jim and Mark Hayes are brothers who grew up in southern Wisconsin, then went their separate ways. Jim went to college, married and started a nondescript career, but when his pregnant wife was murdered in front of him, he dedicated his life to training in the martial arts, so the next time his help was needed, he could respond. Mark attended West Point and entered into a long career as a decorated Army officer. By 2011, the brothers are in middle age and wondering what’s next. In Quest for Honor, Jim is still seeking to regain the sense of honor he felt he lost when his wife died, while Mark is contemplating retirement and wonders if life as a civilian will be as honorable as his time in uniform. In lawless Somalia, an al-Qaeda 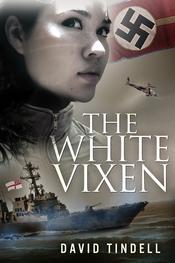 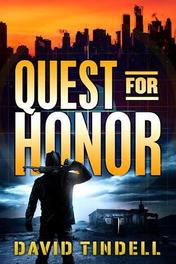 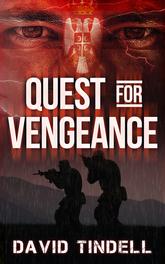 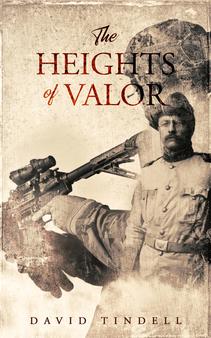 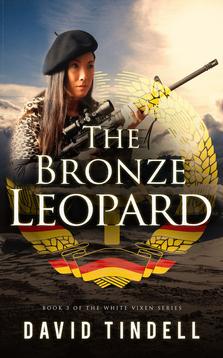 When America and its allies are trouble, they send their best to solve the problem. Jo Ann Geary is the White Vixen, an officer in Air Force Special Operations and expert martial artist and linguist. We meet her in my debut thriller, The White Vixen, set in 1981-82. On a mission with British Royal Marines in Hong Kong, Jo helps rescue an MI6 agent held captive by the Chinese. Months later, MI6 calls on Jo again, this time to go undercover deep inside Argentina on the eve of the Falklands War. She uncovers a shadow government led by a man thought long dead, the mastermind of a plot that could touch off World War III. In The Red Wolf, it’s five years later. Jo is now executive officer of a secret special operations unit, Pallas Group,

September 1989: The Berlin Wall is about to fall. East Germany is on the brink of collapse, but a rogue GDR Army officer isn't going down without a fight. He's been leading a rebel group in Tanzania, seeking to restore the German colony his grandfather fought for seventy years before. That dream is smashed when U.S. Special Forces troops commanded by the White Vixen, Jo Ann Geary, lead Tanzanian forces in a lightning raid that captures the Bronze Leopard himself. Geary and her second in command decide to stay in country and climb Mt. Kilimanjaro, unaware that the Leopard has escaped Tanzanian custody. With the help of East German mercenaries, he sets out to gain his revenge upon the adversary who destroyed his group and who poses the biggest future threat to the mercs. Pursued to the top of Africa, outgunned and weakened by the extreme altitude, the White Vixen faces the fight of her life against a desperate foe in one of the harshest environments on the planet. Book 3 of the White Vixen series.

chieftain decides to defect, and that decision will bring the Hayes brothers back together, involving them in a terrorist plot to bring America to her knees. A year later, Quest for Vengeance finds the brothers honeymooning with their new brides in Italy, but their presence has been detected by a Serbian warlord, who has an old score to settle with Mark. He decides to strike quickly at Mark’s wife, luring the brothers into a battle he will make sure they cannot win.

​Read Quest for Honor - Chapter One 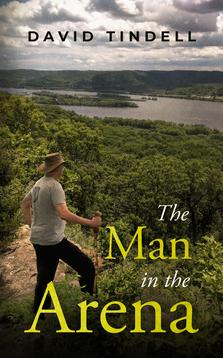 THE MAN IN THE ARENA

Scott Armstrong grew up on the Mississippi in Wisconsin, dreaming of Big 10 football glory, but promised his dying grandfather to attend the Air Force Academy instead. His career in Intelligence and then Special Tactics takes him all over the world, battling the enemies of his country, but then it all comes crashing down. His marriage implodes, and then his final mission goes sideways, leading to a strong suggestion that he retire. Although he's not ready, Scott signs the papers. The only place he knows to go now is back home, to a cabin along the mighty river in southwest Wisconsin.

With no family nearby and his high school gridiron glory a distant memory, Scott has to start over. It isn't long before he discovers that things in his placid home county are not what they seem. Underneath the pleasant day-to-day routine of life along the river lurks an evil that has sent many lives down the destructive path of addiction, and is about to become even more dangerous, setting its sights on the young girls of the county. Trying to stay above the fray, Scott focuses his attention on Beth, a divorcee who has rebuilt her life with her teenage daughter, Emily, a budding

and her first mission is to lead a team behind the Iron Curtain to prevent the assassination of Soviet leader Mikhail Gorbachev by a rogue KGB agent. Cut off from U.S. support, hunted by Soviet and Hungarian agents, Jo has to find and defeat the most dangerous man she has ever faced, with the fate of the Cold War hanging in the balance.

​Read The Red Wolf - Chapter One 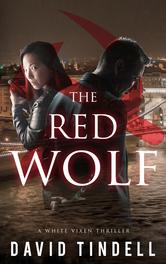 The Heights of Valor - Prologue

​Read The Bronze Leopard - Chapter One