The Heights of Valor - Prologue

Platteville, Wisconsin
April 26, 1898
The white-haired man behind the desk threw the newspaper down on the blotter. “It is

completely out of the question,” Jeremiah Dawson said. He sat back in the leather chair and

stroked his beard. “The semester is not yet over. If you fail to complete the term, you shall not

graduate with your class next year.”
The well-built young man sitting in front of his elder responded with a sober nod.

“I am aware of that, Father. After my service in Cuba, I can return to the campus and take my

final examinations. I have spoken to my professors. My standing in the class has earned me

some measure of…leeway, let’s call it.”
“Charles, I–”
The young man leaned forward. “If you’re concerned about me delaying my joining the firm,

rest assured, Father, I have every intention of coming back here once I complete law school.

When the new century dawns, I will be here, at your right hand. Just as you and Mother planned

all these years.” He sat back, crossed his legs and joined his hands. “I know that was her wish,

God rest her soul.”
“It was most certainly not her wish for her only son to become cannon fodder.” The older man

frowned, then stood, boosting himself up with a hand on the heavy oak desk. He reached for a cane. 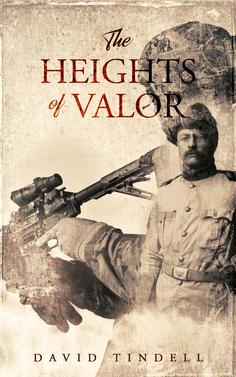