​    Every night, he saw the children. No matter how tired he was, no matter how preoccupied

he was from the events of the day, no matter anything, he dreamed. And in his dreams,

they came for him. Pain and supplication filled their eyes; a shadow, dark and menacing,

loomed behind them. Sometimes he could hear its wicked laughter, smell its fetid breath.
On this hot night, he woke up screaming. “No! Save them! Save them!” Bolting upright,

the bedclothes fell away, drenched with his sweat. He was panting. The shadow had gotten

close to him, as the children milled around, and he felt its cold tendrils snaking around him,

drawing him closer…
There was a knock at the door, then a muffled voice. “Yusuf! Are you all right?”
He didn’t answer, and the door edged open. The face that peered in was that of Amir,

his most trusted lieutenant. Did the man never sleep?
“Are you ill, Yusuf? May I get you anything?”
Yusuf shook his head, banishing the last wisps of the faces, knowing they would be back,

Quest for Honor - Chapter One 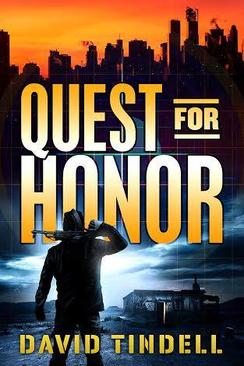